Based on the "GUI" category.
Alternatively, view DearPyGui alternatives based on common mentions on social networks and blogs.

Do you think we are missing an alternative of DearPyGui or a related project?

A modern, fast and powerful GUI framework for Python 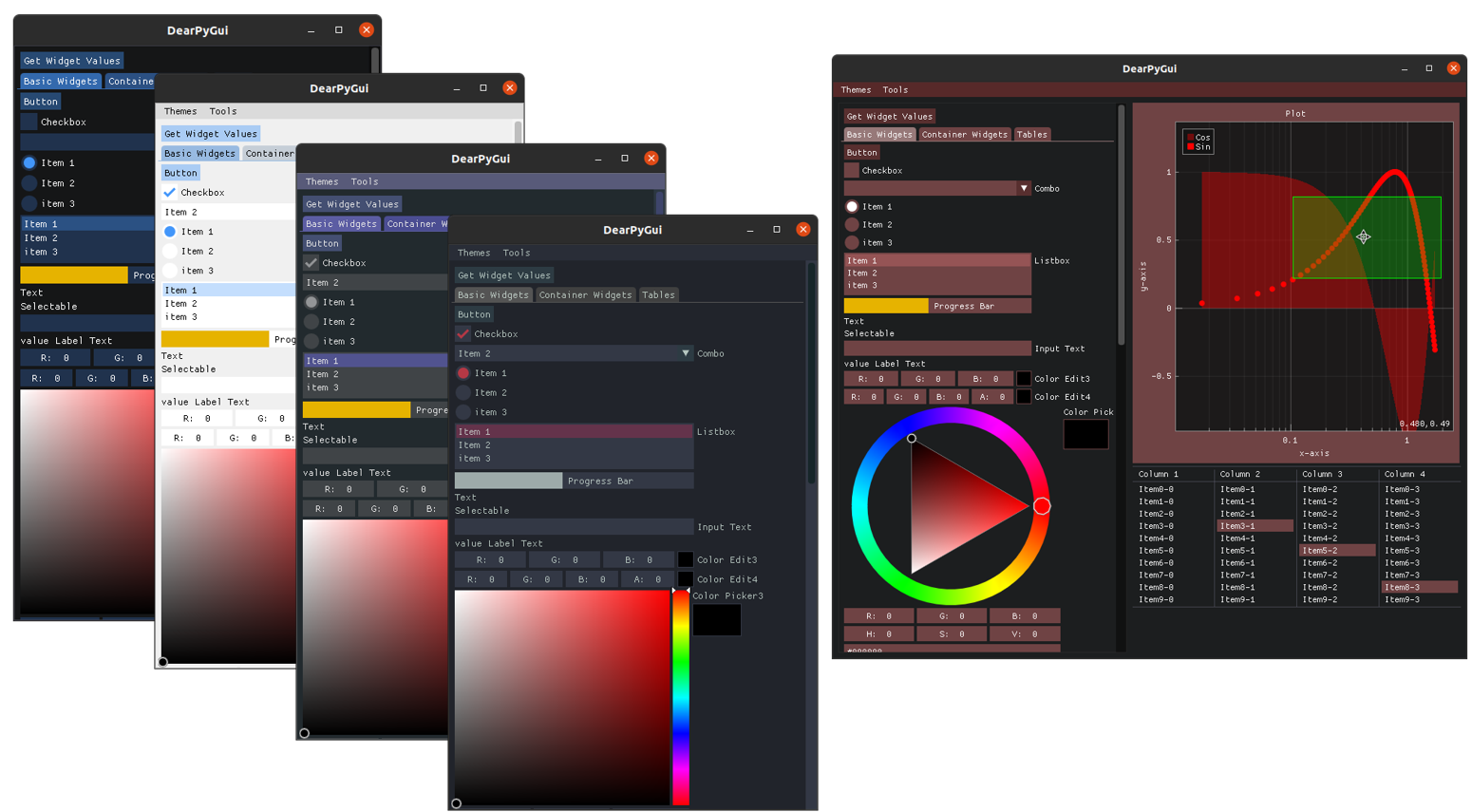 Using Dear PyGui is as simple as the following Python script.

The built-in demo shows all of Dear PyGui's functionality. Use this code to run the demo. The following impression shows a few, but not nearly all, of the available widgets and features. Since the Python code of the demo can be inspected, you can leverage the demo code to build your own apps.

If you are having issues or want to help, here are some places you can go.

Dear PyGui is built on top of Dear ImGui, including the ImPlot and imnodes extensions, and is fundamentally different than other Python GUI frameworks. Under the hood, it uses the immediate mode paradigm and your computer's GPU to facilitate extremely dynamic interfaces. In the same manner Dear ImGui provides a simple way to create tools for game developers, Dear PyGui provides a simple way for python developers to create quick and powerful GUIs for scripts. Dear PyGui is written in C/C++ resulting in highly performant Python applications. Dear PyGui is currently supported on the following platforms.

Continued maintenance and development are a full-time endeavor which we would like to sustain and grow. Ongoing development is financially supported by users and private sponsors. If you enjoy Dear PyGui please consider becoming a sponsor or buy us a cup of coffee. *Note that all licence references and agreements mentioned in the DearPyGui README section above are relevant to that project's source code only.