A supercharged SQLite library for Python

Based on the "Other Relational Databases" category.
Alternatively, view SuperSQLite alternatives based on common mentions on social networks and blogs. 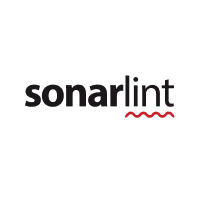 Do you think we are missing an alternative of SuperSQLite or a related project?


Add another 'Other Relational Databases' Package

A feature-packed Python package and for utilizing SQLite in Python by Plasticity. It is intended to be a drop-in replacement to Python's built-in SQLite API, but without any limitations. It offers unique features like remote streaming over HTTP and bundling of extensions like JSON, R-Trees (geospatial indexing), and Full Text Search. SuperSQLite is also packaged with pre-compiled native binaries for SQLite and all of its extensions for nearly every platform as to avoid any C/C++ compiler errors during install.

You can install this package with pip:

SQLite, is a fast, popular embedded database, used by large enterprises. It is the most widely-deployed database and has billions of deployments. It has a built-in binding in Python.

The Python bindings, however, often are compiled against an out-of-date copy of SQLite or may be compiled with limitations set to low levels. Moreover, it is difficult to load extremely useful extensions like JSON1 that adds JSON functionality to SQLite or FTS5 that adds full-text search functionality to SQLite since they must be compiled with a C/C++ compiler on each platform before being loaded.

Moreover, by default, SQLite does not enable some optimizations that can result in speedups. SuperSQLite compiles SQLite with various optimizations and allows you to select your workload at runtime to further automatically configure the connection to be optimized for your workload.

SQLite is extremely reliable and durable for large amounts of data (up to 140TB). It is considered one of the most well-engineered and well-tested software solutions today, with 711x more test code than implementation code.

SQLite is faster than nearly every other database at read-heavy use cases (especially compared to databases that may use a client-server model with network latency like MySQL, PostgreSQL, MongoDB, DynamoDB, etc.). You can also instantiate SQLite completely in-memory to remove disk latency, if your data will fit within RAM. For key/value use cases, you can get comparable or better read/write performance to key/value databases like LevelDB with the LSM1 extension.

When you have a write-heavy workload with multiple servers that need to write concurrently to a shared database (backend to a website), you would probably want to choose something that has a client-server model instead like PostgreSQL, although SQLite can handle processing write requests fast enough that it is sufficient for most concurrent write loads. In fact, Expensify uses SQLite for their entire backend. If you need the database to be automatically replicated or automatically sharded across machines or other distributed features, you probably want to use something else.

See Appropriate Uses For SQLite for more information and Well-Known Users of SQLite for example use cases.

Instead of 'import sqlite3', use:

This retains compatibility with the sqlite3 package, while adding the various enhancements.

Given the above import, connect to a sqlite database file using:

SuperSQLite extends the apsw Python SQLite wrapper and adds on to its functionality. You can find the full documentation for that library here, which in turn attempts to implement PEP 249 (DB API). The connection object, cursor object, etc. are all apsw.Connection, apsw.Cursor. Note, however, that some monkey-patching has been done to make the library more in-line and compatible as a drop-in replacement for Python's built-in sqlite3 module.

Other documentation is not available at this time. See the source file directly (it is well commented) if you need more information about a method's arguments or want to see all supported features.

Currently, this library only supports Python. There are no plans to port it to any other languages, but since SQLite has a native C implementation and has bindings in most languages, you can use the export functions to load SuperSQLite's SQLite extensions in the SQLite bindings of other programming languages or link SuperSQLite's version of SQLite to a native binary.

The main repository for this project can be found on GitLab. The GitHub repository is only a mirror. Pull requests for more tests, better error-checking, bug fixes, performance improvements, or documentation or adding additional utilties / functionalities are welcome on GitLab.

This repository is licensed under the license found [here](LICENSE.txt).

The SQLite "feather" icon is taken from the SQLite project which is released as public domain.

This project is not affiliated with the official SQLite project.


*Note that all licence references and agreements mentioned in the SuperSQLite README section above are relevant to that project's source code only.